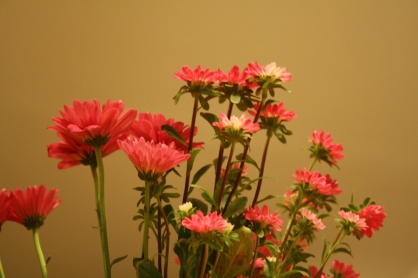 Yesterday I bought these flowers to press. I thought I would take some photos before they find themselves in between all of my heavy books. This particular photo is a little yellow-washed but I like it nonetheless.

Today I mostly worked. My shifts will be fewer during the school year, so I am powering through this last weekend before classes start. I was supposed to go to event tonight but had to cancel, I was just way too tired.

On the note of tiredness, I’ve been having really weird dreams lately. The other night I had a dream that a group of people took over the country and banned computers. Everyone was cut off from the world and no one could figure out what was going on. My friends and I managed to escape and hide in the home of someone wealthy (the only people who were allowed to have computers). Then the day after that I had a dream that I fell in love with an Amish girl and then her mother banned us from communicating except through handwritten letters. Weird, no?

Anyways, I hope I have some crazy dreams tonight because today was definitely predictable at best. Here’s a shot of the sunset tonight. 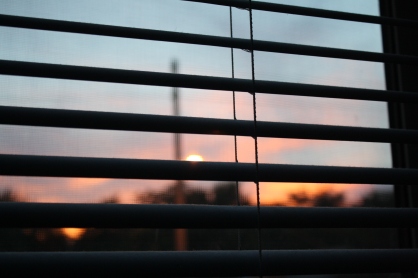